Cross-cultural Workshops in Havana with Incúbate

I’ve facilitated a lot of workshops around the world, but our work in Havana was different.

Together with the Aspen Institute’s Fringe Diplomacy program, we used the thaw in US-Cuban relations under President Barack Obama to develop a person-to-person exchange workshop around technology and design thinking bridging the cultural divide between creators in the U.S. and Cuba.

The two-day workshop process, called Incúbate, was held in Havana three times over several years and allowed entrepreneurs, business leaders, and policy experts from both countries to find common ground around bringing new ideas to life, sharing process and inspiration.

For all the innovation workshops I’ve facilitated, this was the first both without WiFi and in Spanish, but the degree of difficulty was offset by the energy of the participants.

The Incúbate model went on to be applied in similar workshops in Lebanon and Prague with participants from the Middle East and other regions emerging from conflict. The Incúbate team has successfully used similar methods to support and execute exchanges in Myanmar, Lebanon, Bangladesh, and more.

The story of our success has been told from the stages of Interaction 18, Adobe’s 99U, and the Concordia Summit in New York City. 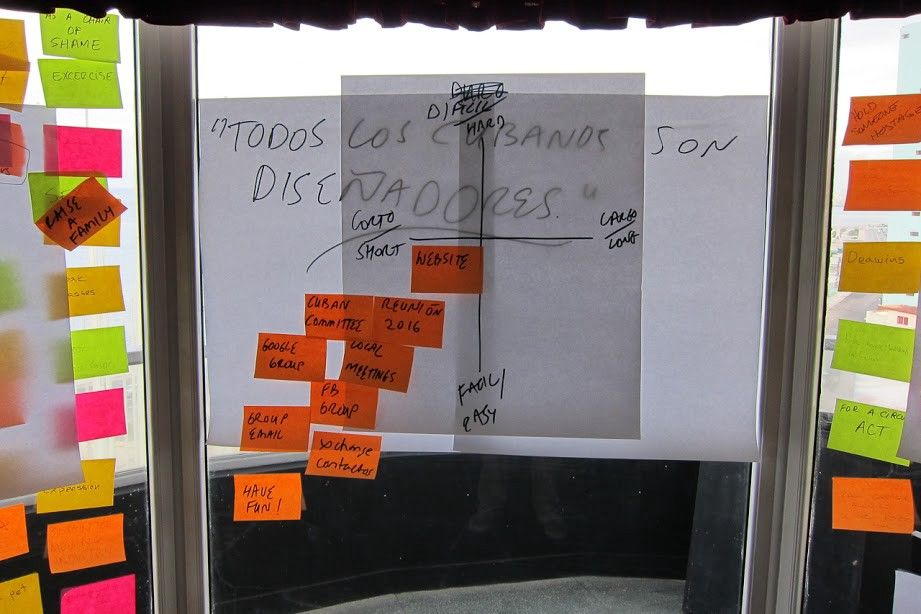