I Rocked the Rocker

Please allow me to preface the following with an explanation of my baseball talent:

Previous to this “pseudo-professional” (Rocker’s words) at-bat, the most recently I’d picked up a bat was during a cameo appearance on “No Comment,” the Fordham student paper’s club softball team. I went 2-for-3 against the yearbook team in a pathetic effort by the Ram squad.

I played little league until I was twelve or so, mostly as catcher. I couldn’t engage the game long enough to play infield, as my coaches and parents learned one fateful day when I was stationed at third. I guess my attention wavered, and a liner that should have been an easy out hit me square in the forehead. Knocked out cold. The last thing I remember was hearing the bat and looking up at the ball flying toward my face. When I came to, with my dad and the coaches around, the first thing the coach said was “Well, that’s why they call it the hot corner.”

So my history makes this doobie in today’s paper all the more improbable, exciting, and, well, awesome.

I’d like to thank the inventors of Lasik, who allowed me to take the batter’s box without Rec Specs for the first time in my career, as well as Deadspin’s Will Leitch. Will took a photo, offered words of encouragement, and, well, a least common denominator. I mean, what would the world be coming to if print guys are outhit by bloggers? 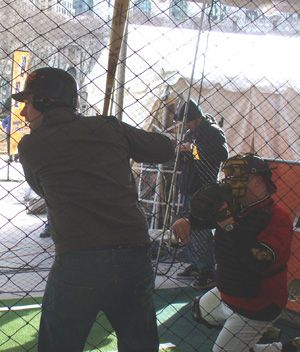 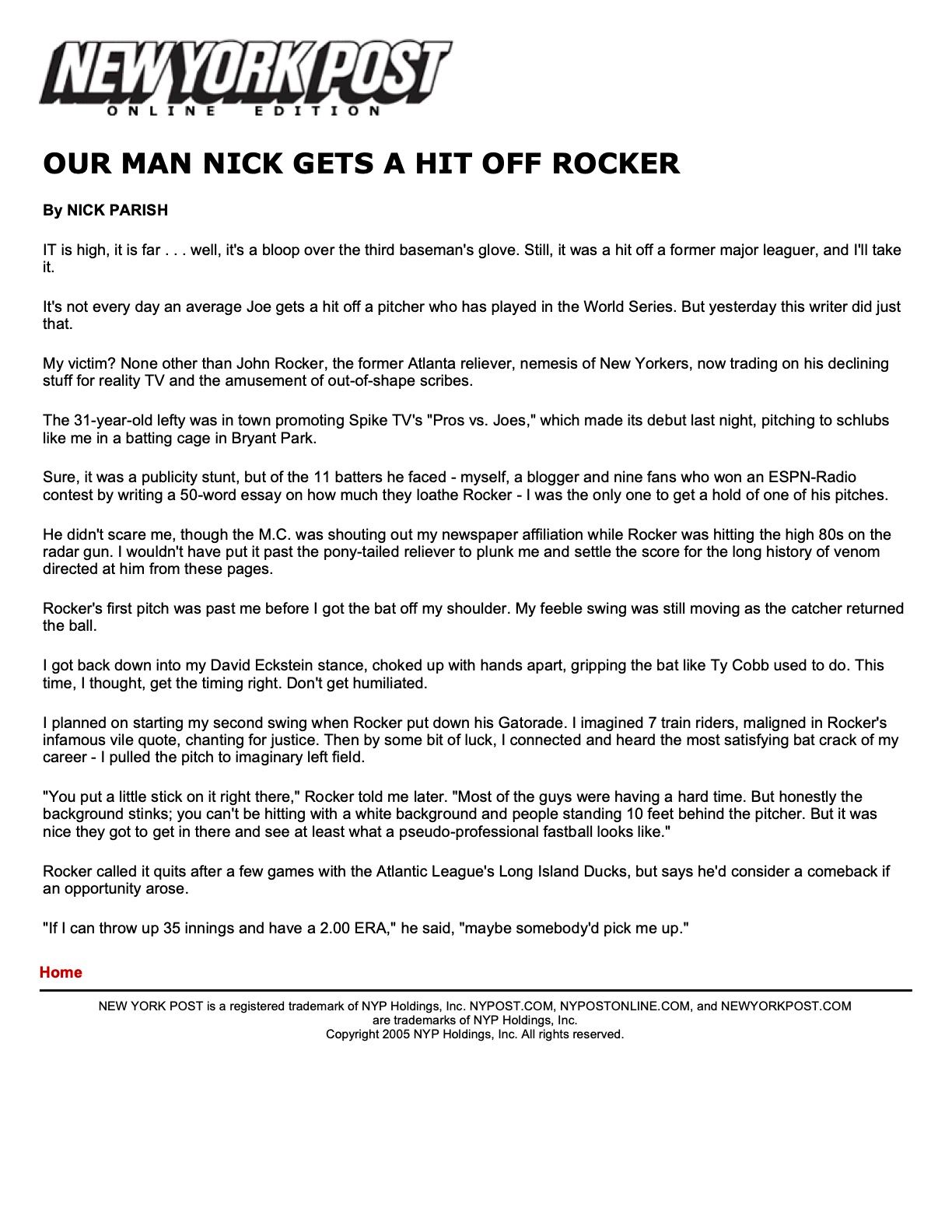