Walk On Air Against Your Better Judgement: Some Epitaph. 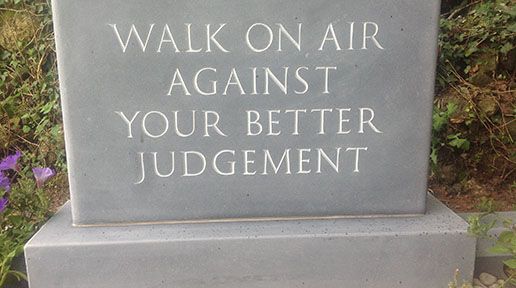 The lines come from his Nobel Prize speech, delivered in 1995. He explained more:

That line is from a poem called “The Gravel Walks,” which is about heavy work—wheeling barrows of gravel—but also the paradoxical sense of lightness when you’re lifting heavy things. I like the in-betweenness of up and down, of being on the earth and of the heavens. I think that’s where poetry should dwell, between the dream world and the given world, because you don’t just want photography, and you don’t want fantasy either.